It’s coming up to nearly three years from when I posted my most hit upon blog post ever entitled A Sad Story……….. and in the intervening years I’ve reposted it a couple of times, most recently last week with a completely rewritten and re-edited version with a couple of more shots, as it was particularly timely to do so.

A number of big names in the world of underwater photography have spoken out against similarly bad behaviour, most recently Alex Tattersall from UWVisions the UK importer of Nauticam at the Birmingham Dive Show with from what I gather an amusing but hard hitting talk on what we can call ‘fish fiddling’.
I would have loved to have seen it but I was busy on our TALKS stand which was a big success again this year.

Alex apparently pulled no punches and called out some big name guilty parties to the blatant manipulation of the marine life, whilst also sharing his own indiscretions during less enlightened times.

For those folk not aware of what the issue is

In recent years a number of pictures have appeared that have clearly had the hand of a dive guide or the photographer themselves, coerce, prod, or blatantly pick up and move the animal to a more photogenic position. Or often one creature known to occupy a commensal life living on another creature, i.e. a Periclemines shrimp living on a nudibranch.
This happens in the wild, but it rarely happens to suit the exact framing needs of a photographer, and what started to appear were shots of shrimp placed perfectly betwixt the horns of a nudibranch, and other suspiciously lucky juxtapositions.

This is very fortuitous to the photographer as in high powered macro shooting the depth of field is very narrow, and the chances of this happening by accident is equally slim!
If you’d like to learn a bit about narrow depth of field shooting then please click an earlier blog that I wrote.
This is just one aspect of critter manipulation and there have been others involving all types of marine life, with flying Mimic Octopus and Sea Moths shot from below, both examples of very non typical behaviour unlikely to be captured without any human intervention. And the immediate side effect of shots of this nature being published are that many others want to emulate these shots, and this in turn puts pressure on the dive guides to help their clients achieve their goals.

Other transgressions like moving a nudibranch directly into a great position, or removing habitat, or brushing a tiny Frogfish into a better place, are also common, and anyone diving within muck diving hotspots will witness these things if they keep their eyes out.
Every time I’ve muck or critter dived I’ve witnessed something or other.
The Sad Story of my earlier post was one such direct example that I witnessed, and I am very glad this has filtered through into the zeitgeist, as at the time I felt a little out on a limb with few other higher profile underwater photographers willing to address the problem, so thanks to Alex for helping push this further under the spotlight.

What was positive though was the almost immediate response of a number of dive operators in the Lembeh Strait in Indonesia, not denying this went on, but offering very practical help and advice as to how we could all help to eliminate it.
Lauren Siba from the excellent Critters at Lembeh on Lembeh Resort was one such passionate person, who I also had the pleasure of meeting when I visited there last year.

OK, who is at fault? And how do we stop them?

In my opinion the short answer, is we all are to a greater or lesser degree. I personally think that a little change in our habits as underwater photographers is all it should take.

I know that people often become blinded to rationale when competition is the impetus.
And I think people will often behave badly out of all proportion to how they would normally act in polite company if they think kudos is at stake. And even more so when big money or prizes are the driving force.

#1  Don’t blame the guides. They are only reacting to market forces, culturally and economically we exist in radically different, not better or worse, environments. What matters to us may not be as important to them, and if we ask them to seek out a shrimp between the horns of a nudibranch, or a mantis shrimp with eggs, then they may feel obliged to put the clients needs before the marine life, especially if we reward with a big tip.
This is no reflection of their morality as I said we have grown up in different environments with different emphasis put on the world around us, and it’s very condescending of us to think that just because we may have a differing viewpoint that we are somehow better informed.

#2 Don’t take a shopping list. This I think is something that the resorts can help with too, by adopting a policy of we shoot what we find, and record what we see, but don’t make lists beforehand of what we would really like to see.
This is a tricky one, as one of the first interactions between the guides and their clients is “what would you like to see?”  But I think at the very least it creates a natural competitive edge to the proceedings with each guide trying to outdo the others. This can only lead to the advantage of those guides willing to bend the rules and start to ‘create’ circumstances. With the more honest ones losing out.

#3 Communicate at the outset At the start of a trip make it clear to the guides what sort of behaviour that you will tolerate, i.e. “just find me the stuff to shoot, please don’t place,prod or harass it into a better position for my benefit” If it’s not in a good position then so be it. And also say that you will tip at the end of the week to reflect this more positive behaviour.

#4 Boycott competitions that are blatant  This is difficult and it is hard for the judges to always verify if a picture has been manipulated or not, but if you’re an experienced underwater photographer and diver then, you know when a situation is likely or not. Unfair on a photographer that has genuinely found a subject perfectly placed, but until this situation has moved on from the current state of affairs then I don’t have an ideal solution I’m afraid. Suggestions welcome on this front.

#5 Try and be restrained when blaming and shaming Rarely do people react well to criticism and blame, even if it is justified, and a lot of people will simply put the barriers up preventing any sort of sensible discourse. The open forum and often vicious environment of Social Media is a case in point with individuals acting and reacting like they are in the playground, so maybe it’s best to speak with people via private messaging initially before accusations start to fly. I’m hoping that whilst it might take time for things to change radically, if we try and not form into keyboard gangs and apply a bit of forethought to our interactions then change for the better is inevitable.

Just like with a badly behaved toddler the best solution is to exclude the bad behaviour and reward the good, so unless it’s completely wilful, blatant and clearly deliberate we should also cut a bit of slack to people and not name and shame.

It will be a gradual thing, and I’m sure that there will be lots of indiscretions over the next few years, but if theres a reduction and then eventually it becomes part of the fabric of fair play in our hobby then just like it no longer seems ok to dynamite coral and fish like Jacques Cousteau used to do with abandon, in those films from different times, it’ll  come to pass that any sort of critter manipulation will be deemed intolerable.

Ok, my follow up to A Sad Story took three years, but in that time I’ve started to experience a slow change in the outlook of a lot of underwater photographers and this topic is now right out in the open. Which proves that there are positive changes afoot.

If you’d like to join me in a very critter friendly trip then please check out my trips page here.

Great deals to your dream destinations 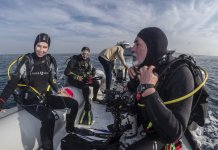 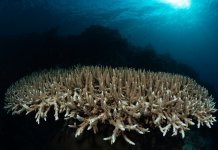 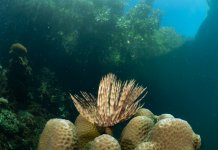 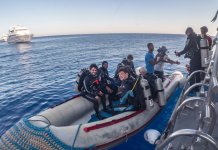 Get social with us

Is time for the GoDiving Show

Going back to the Red Sea